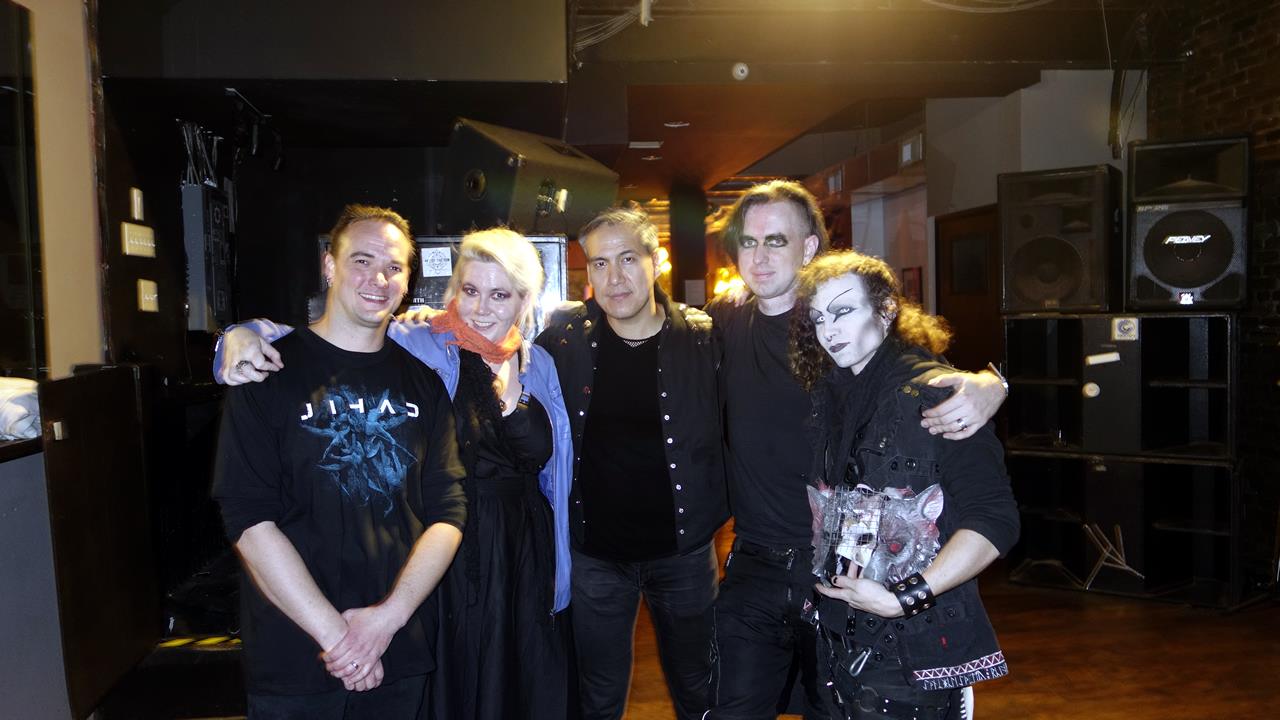 Nahja Mora was formed in 2005 following break-up of a band I was involved in called Cried.  But the truth is, I was dealing way too much with monsters in my own head to really get this project going.  I wrote a lot, jammed a lot, and conceptualized a lot with Hobart.  He and I recorded Losing Teeth in 2005 and Dream Dead in 2010.  Hobart really pushed me to perform and build this band into what it is now back in 2015.  He joined me to perform in Nahja Mora live after a solo live performance experiment that I was never happy with in 2014.  He booked the Precision Field + Nahja Mora show at Kunst Und Wahnsinn with Justin Getka.   Nahja Mora would never have been where it is now without Hobart.

Hobart and I met in 2003 in college.  We both studied Film, Video, & Thearte at Villa Julie College in Maryland.  We wouldn't have met if it wasn't for the insistence of our professor Chas Marsh who encouraged  us both to meet and play together after he had heard both our music (and made silly metal vocalist faces at my style of singing then.)  We did meet, eventually, in the lobby of our college's theatre and made plans to jam togeher.  We did for the first time in December 2003.  From there, he joined me in cried, along with Jake;  and I became involved in Hobart's band with Ken Mars, Telekinesis for Cats. cried did come to an end but like I mentioned before, Hobart and I continued jamming, experimenting, and playing music together as we conceptualized the future of both Nahja Mora (then Nyia Mora) and Attic Lamp/Precision Field.

From 2005-2014, Hobart and I experimented with a homemade instrument I built (that only he could play!) called the knose; cheap bamboo flutes; violin; glockenspiel; synthesizers and samplers; home made drum kits, guitars and basses, miniature sitars, pungi, accordion, ocarina-- whatever we could find and could make sound with throughout this whole period.  Many of my ideas were bounced off of him, he always heard my demos, and I always wanted his opinions and input.  I hope the same was true of him for me.  We played live improvised electronic music for art gallery receptions at our alma mater.  We jammed at center ave in towson.  we jammed in my parents' basement. we jammed in his uncle's basement.  we jammed a lot.  we were musical partners. 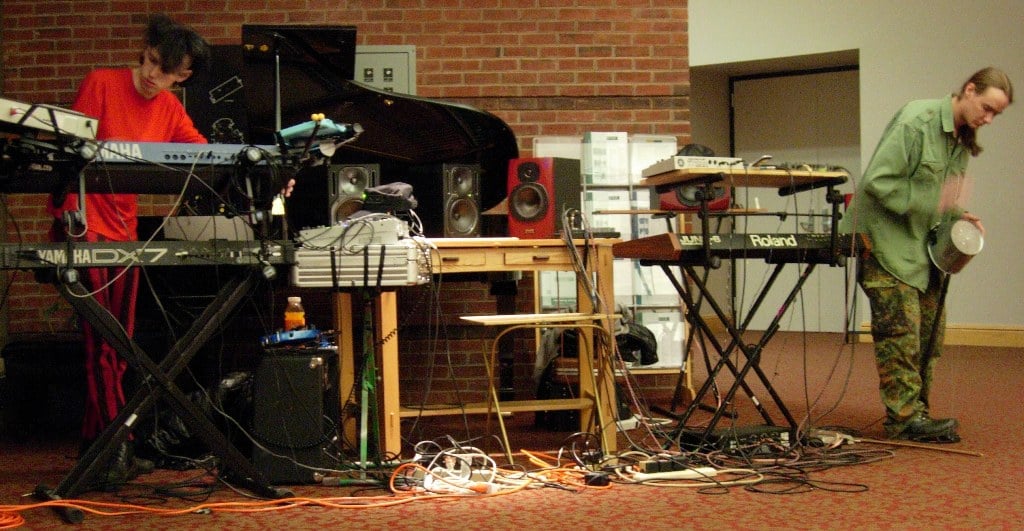 Hobart was my musical partner of 17 years.  I learned more than I could ever say from having this man in my life, sharing the creation of art with me, and having him as one of my best friends.  I will miss him for the rest of my life.  There is a major void now for me professionally and personally.  Music is my life's work and I have chosen the electronic music "tradition."  I am the Digital Synth guy and Hobart was the Analog Synth guy.  I have lost my musical other half.

But Nahja Mora's loss and my own loss is nothing compared to the loss of his family.  Hobart left behind a wife who was and is the best thing that could have ever happened to him.  I remember being in my apartment with my wife, fiancée then, and getting news that he and Sara were engaged.  I was literally jumping up and down, nearly hitting my head on the ceiling, and dancing (I don't dance!) in happiness.
Sara and Hobart were also lucky to have a beautiful daughter, Aria.  Hobart loved his daughter more than breathing air.  He involved her in music creation in Precision Field and she even ends up on the upcoming AFHAOTA album from Nahja Mora.  But now both Sara and Aria are feeling a major vacuum in their lives.   As they try to put together the pieces, I ask you please to help however you can.  There is a gofundme set up for them as well as a college fund for Aria. 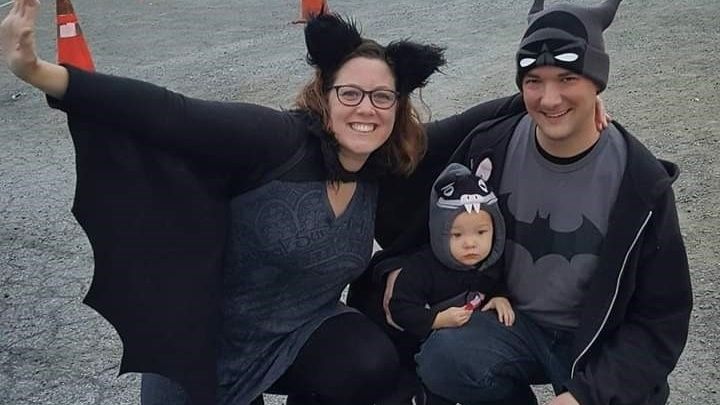 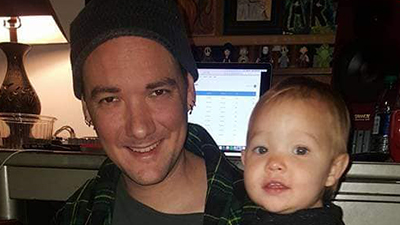 The world has lost one of the best that ever was.
Вся моя любовь,
-Josef Saint, Nahja Mora; live keyboardist of Precision Field. 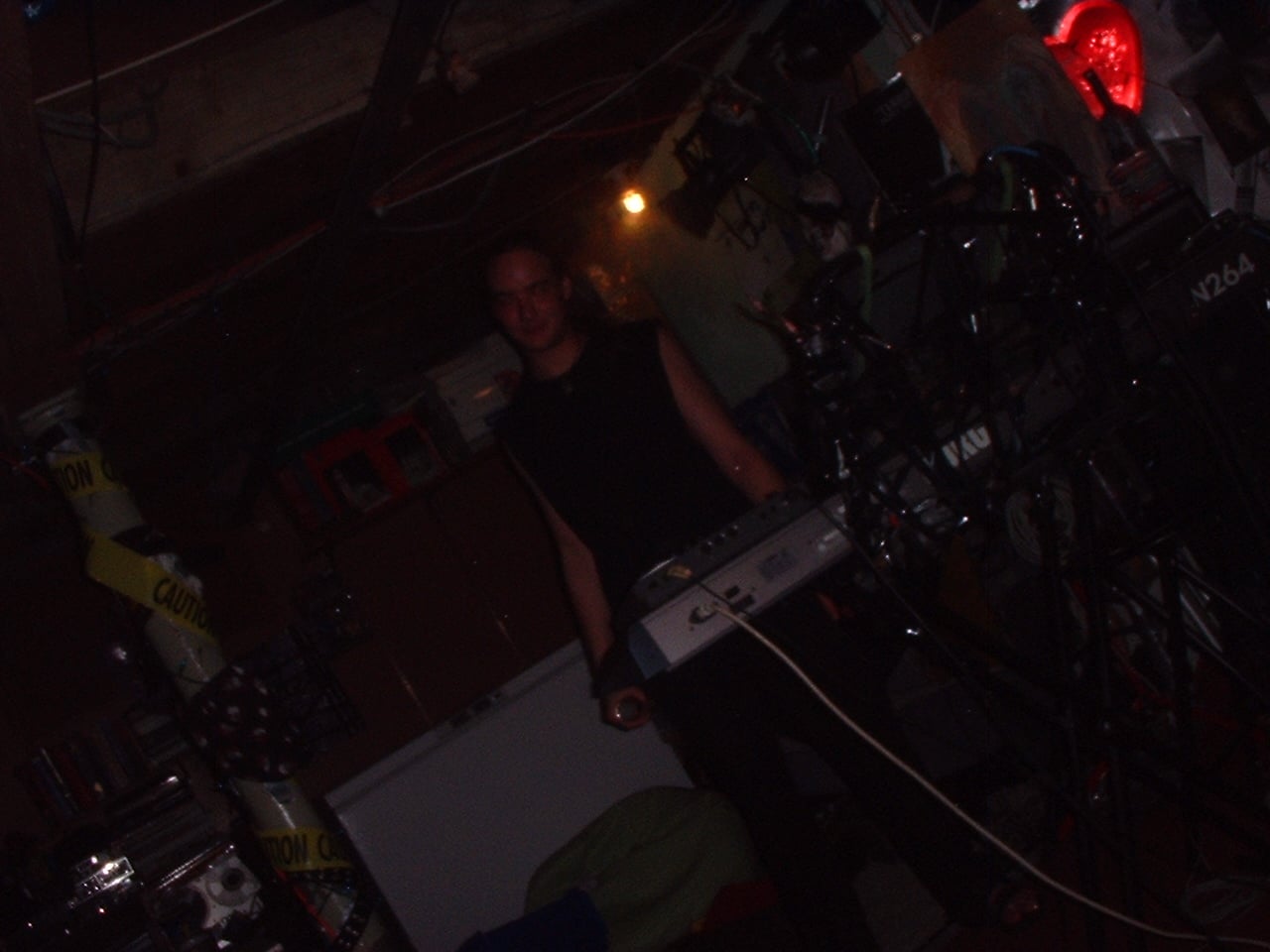